Now more than half of transactions on all world commercial stock and currency platforms are carried out with the help of automatic programs, which are also called "robots".

What does the term "trading robot" mean? How can a robot make money?

The development of technologies that have spread to all spheres of human life, including trading, has also changed the ways of trading on the stock exchange. Now a trader doesn't need to be present at the exchange. The robot will do all the work. How so? How can a robot make money?

Some humanoid mechanism, a robot that can compete with humanity, is immediately presented. But such a representation exists in the imagination of fantasists.

The robot is a special computer algorithm invented and programmed by man. The robot conducts automatic routine buy and sell on the market instead of a trader. Moreover, it even manages to earn.

Trading robot programs first appeared in the United States in the 1990s. Trading with robots is also called high-frequency trading.

Thanks to modern equipment and special programs for automatic high-frequency trading, a trader can earn huge profits on Forex. The only question is how such a robot works and how to find a program for automatic buy and sell.

Forex trading robots - how do they work?

Trading robots are of two kinds.

After receiving the signal from the robot, the trader must personally decide between buying or selling.

Forex robots of the second type also study the information, analyze it, taking into account risk management, and then begin to trade in the market without the participation of the trader.

In high-frequency trading, robots conduct short-term transactions. In this case, the volume of transactions can be huge, but the profit is small. Often, the profitability of each transaction is not higher than the share of a cent for security.

Therefore, brokerage companies in Forex, specializing in high-frequency trading with the help of a robot, do not require large capital from traders and prefer to conduct short-term buy and sell on Forex during the day. Nowadays, such robots are replacing a person from short-term Forex trading.

It is known that robots are capable of performing routine actions faster than humans. Study information, analyze it and then decide on the deal - all these steps the robot performs five hundred times faster than a human. The robot is not able to overwork; it does not get emotional. It is almost an ideal automatic Forex assistant, which can make a profit.

We present our list of effective robots for Forex, among which there are free versions. But free Expert Advisors may not be so influential in the market. 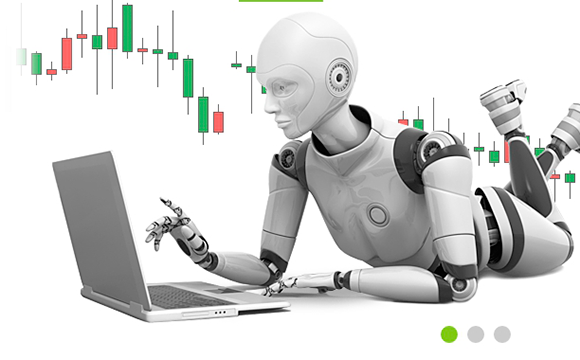